Annie is a teacher since 2011 in Chéim ar Chéim, a probation educational centre in Moyross Limerick for young adults,  She is passionate about a holistic approach in education promoting and supporting positive behaviour in School.   She recently completed a Postgrad Diploma in Mary Immaculate College (MIC), Limerick in Special Educational Needs. Currently she is doing a course in Trauma-Informed Care.

Annie has been a Restorative Practice practitioner for 7 years and trained as a trainer with IIRP in 2014 and with CDI in 2017.  She is a practicing Restorative Trainer and Facilitator. 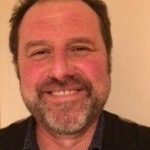 Andy worked for many years as a Training Consultant with the NHS and Social Services in the London and South-East England areas. He delivered training and coached staff, working with people with learning disabilities and directly with service users themselves, many of whom displayed behaviour that seriously challenged services.

In 2011 he became a Certified Trainer with the International Institute of Restorative Practice (IIRP) and in 2016 achieved Training of Trainer status with the IIRP to deliver training to prospective trainers and their assessment. Andy chaired a Working Group exploring the rolling-out of RP in Waterford City and County from 2011-2013 and co-founded the Waterford Restorative Practice Network in 2014.

James has many years’ experience of working with marginalised communities with a focus on working with ex-prisoners resettling into the community. He has considerable work experience in supporting individuals, groups and communities to address addiction issues and the impacts of neglect and deprivation. His work includes facilitating self-help groups with the Pathways Centre which supports the social and economic re-integration of former prisoners. He has worked with Turas Bluebell to support and facilitate groups of men and women who are stabilising on methadone and going into treatment.  And he has spent a number of years teaching mature adults law and social studies at Henrietta Adult Community Education (HACE).

James is a highly experienced Lead Facilitator with the Alternatives to Violence Project Ireland which is a training programme enabling participants to deal with potentially violent situations in new and creative ways. He has experience and expertise in working with young people at risk to support and empower them to make positive choices for their lives. Having studied Social Sciences, he went on to complete a degree in Law and is undertaking training as a Restorative Practices Trainer.

Dorothée Potter-Daniau is coordinator for the Alternatives to Violence Project (AVP) Ireland since 2016. AVP is delivering peer led conflict resolution workshops mostly in Irish Prisons but also in schools and in the community and Dorothée is coordinating the development of the programme, planning, organising and supporting the delivery of workshops and recruiting and supporting volunteers inside and outside prisons.  She is also an AVP facilitator herself with six years of experience working with prisoners and a Restorative Practices trainer with CDI.

Her first career was in teaching French Literature and Classical Studies in various Secondary Schools in France and in the Lycée Français in Dublin.  She holds an MA in Classical Studies from Nanterre Paris X university, a Higher Diploma of Education and an MA in Courses and Training Design for French as a Foreign Language from Grenoble III University.  For 15 years she taught students of diverse backgrounds and developed innovative tools to improve their learning experience and wellbeing.

Passionate about Education and Social Justice, she is now focusing on self-directed and peer led programmes, alternatives to traditional schooling and Restorative Practices. 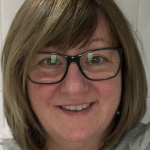 Jean is an experienced Restorative Practices (RP) Trainer and works with CDI to design and deliver RP training, including Training of RP Trainers and Summer Courses for Teachers.  She has delivered RP training in many schools to teachers, parents and students.  Jean is also a facilitator in the Alternative to Violence (AVP) Project and has facilitated training in RP and AVP for vulnerable young people in a variety of settings.

Jean has worked as School Completion Programme (SCP) Manager in Tallaght for the last 11 years.  She has a demonstrated history of designing and developing evidenced based (in school and out of school) programmes and interventions for young people (4-18yrs) who may be ‘at risk’ of leaving school early. Jean has been instrumental in bringing restorative practices to all the schools within the School Completion Programme cluster she manages. 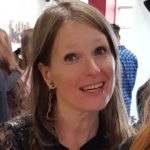 Susan volunteers with the Alternative to Violence Project, facilitating workshops in prisons, schools and the wider community.  She specialised in working psychotherapeutically with children and young People for fifteen years, setting up therapeutic services for a number of School Completion Programmes. She has been delivering Child Protection Training for ten years, and continues to do so for Barnardos and Sport Ireland.  In the sporting sector she has held Safeguarding roles at a national level with Special Olympics Ireland and the GAA.

Susan is currently employed as an Art Psychotherapist in a Residential Care Setting and holds a BA Hons in Sociology and Political Science (TCD) and an MA in Art Therapy (CIT).

Judith is a trainer in restorative practices, in particular for Nonviolent Communication (NVC) and for a Peer Practice model she developed. In 2000 she received a BA in Transpersonal Psychology from Burlington College, Vermont, and in 2008 she received an MA in Liberal Studies from Empire State College, NY. Both of these degrees were independent studies and her experience with this kind of learning inspires much of her peer practice work.

Since 2000 Judith developed and offered a range of restorative practices to educators, church communities, and businesses in Rochester NY. More recently she worked for the organization Partners in Restorative Initiatives (PiRI) in Rochester NY. She is a certified Circle facilitator and Circle facilitator trainer, as well as a certified trainer with the Center for Nonviolent Communication.

Judith returned to live in Kilkenny in 2019. 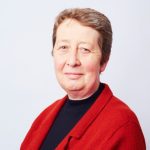 Mick is an accomplished and highly effective professional educator recognised for experience in school leadership, strategic planning and development, training and public speaking. With over thirty years over working in senior positions in education and local authority work; experience in regulatory work, as a trustee for a national organisation.

Trained in interpersonal and family mediation. Accredited as a restorative justice conference facilitator. A seasoned practitioner in all roles for building strong relationships and facilitating communication between team members or course participants. 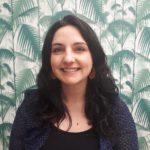 Caitlin is a researcher on the REPPP Action Research Project (ARP), which works directly with 16 Garda Youth Diversion Project case study sites to examine what constitutes effective relationships between youth justice professionals and young people who are coming in contact with the law. The ARP is a collaboration between REPPP (Research Evidence into Policy, Programmes and Practice) at the School of Law, University of Limerick, the Department of Children and Youth Affairs, and the Youth Crime Policy and Programmes division of the Irish Youth Justice Service (Department of Justice and Equality).

Caitlin has previously worked with Limerick Restorative Practices Project, Narrative 4, Glencree Centre for Peace and Reconciliation, and Amnesty International Ireland. She is currently training to become a forest school leader, and is particularly interested in restorative approaches to environmental and social justice.

Jenn Little is an RP Champion, trainer, facilitator and coach who brings innovative and creative energy to her work.  Her main focus is individual and community transformation through learning with others.  Her professional skills and experiences have been informed by her RP training and practice and allow her to work effectively with individuals and groups experiencing or seeking change.

Jenn has thirty years of intentional classroom practice creating optimal learning environments for all learners.  She has designed and facilitated original courses for teenage and adult learners.   She is experienced in range of shared professional learning processes.  She uses action research and reflective practice as a way to enhance her own work and effectiveness.

Jenn trained as an RP trainer in 2016 and RP Champion in 2019.  She trains students and teachers in RP in her own school and colleagues in other schools.  She is an Associate with the Professional Development Service for Teachers (PDST) providing support to schools introducing RP and was previously an Associate with Droichead, the National Induction Programme for Teachers.  She is currently engaged in the Cosán process. 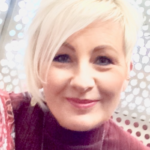 Anne Marie Moylan is a principal of a large multicultural coeducational Primary School in East Cork where her school and community are enjoying the benefits of their restorative practice approach. She is predominantly based in Munster. She has provided RP training with the PDST Health and Wellbeing team and also in the Cork Education Centre.

Anne Marie is an executive foundation coach affiliated with ACC and has former training as a mediator.  She is also a qualified mentor, affiliated with the Centre for School Leadership where she mentors newly qualified principals.

Using a blend of almost three decades experience as an educator, along with her life coaching, mentoring and restorative practitioner skills, she is particularly equipped and committed to assisting schools to fine tune their own contextualised SMART plans and form communities of practices.

Anne Marie has a special interest in restorative language, specifically Marshall Rosenberg’s non violent communication approach. She is currently researching and developing this belief in her PhD in Education with UCC. 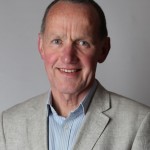 Kieran has been active in the field of restorative practices for over 17 years, initially in the criminal justice system and latterly also in community settings. He is a practicing trainer, facilitator, lecturer, consultant and researcher in the area, and the author of several conference papers and book chapters on the topic. His contributions include a quality assurance framework for restorative practice, published in 2014 (available here), and a co-authored chapter on restorative justice in the Routledge Handbook of Irish Criminology, (2015). He is a member of CDI’s panel of RP trainers and has delivered training at various levels in diverse settings.

He is a member of the steering group of Restorative Practices Ireland, and a Board member of Restorative Justice Services Ltd where he developed a training video and delivered training to panel members. Kieran is also a volunteer chair of offender reparation panels, and he completed a PhD degree in University College Dublin in 2008 by research into the restorative justice programme for young offenders under the Garda Diversion Programme. He is also an associate lecturer with the Edward M Kennedy Institute for Conflict Intervention at Maynooth University.

Nicola has worked a secondary school teacher for many years in different environments, from international, private establishments in small to medium
groups, to large classes in an inner-city school.

After discovering Non Violent Communication in 2006, she started using the techniques and practices in school and in her breastfeeding counselling.  She has attended workshops, courses and regular practice groups.Through her knowledge of NVC, she developed an interest in Restorative Practices, first using circles in class in 2011.  In 2014 she completed the summer course for teachers and trained as a trainer the following autumn.

Since May 2018 she has been training groups on behalf of CDI, supporting new trainers and working with CDI to connect with interested parties.She recently participated in her first AVP workshop in Mountjoy prison and is looking forward to more. Nicola is passionate about RP, particularly in its impact on students and teachers, and its potential for resolving conflict and reducing harm in communities. 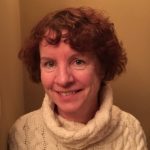 Having taught in several schools in Ireland, U.K. and  the Middle East and as principal in Grangecon N.S. for five years, Bernie is currently Deputy Principal in St. Brigid’s N.S., Manor Kilbride.

She is an advocate of and passionate about a holistic approach in education and has trained in a range of modalities including primary movement, promoting and supporting positive behaviour in the primary school, developing collegiality in a primary school; developing mindfulness and happiness in primary school children, as well as being a Restorative Practice practitioner and trainer.